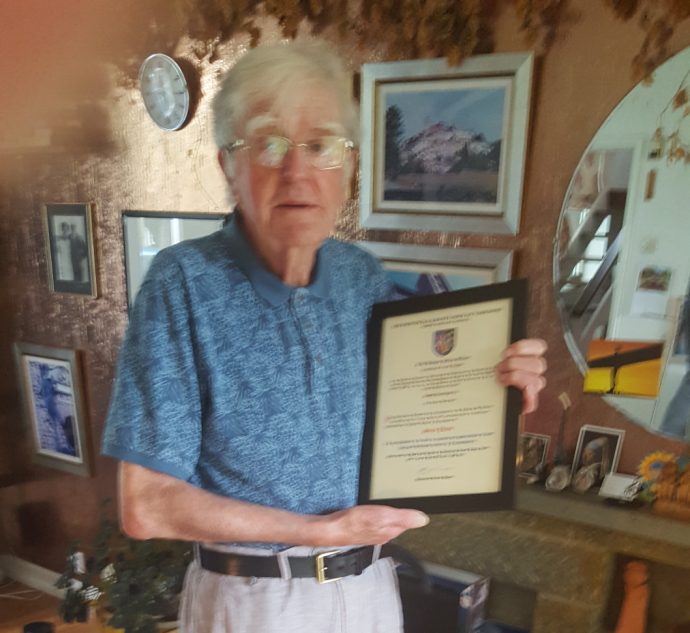 It is with great delight to announce that one of the Lodges Brethren has recently been presented with a certificate to mark 60 years in Freemasonry.

Gordon worked as an Architect for many years, eventually running his own practice before retiring in 1994. Gordon currently lives in Warwickshire with his wife Joyce enjoys spending his retirement working on model engineering.

Due to ill health, Bro Hall was unable to attend the Lodge to receive his certificate. Therefore on behalf of the Provincial Grand Master of the Province of Yorkshire North and East Ridings, W.Bro Charles S Marshall (PGSwdB) (PDepPGM Durham) was delighted to visit Gordon and his wife Pat to present him with his certificate and long service lapel pin.